Quantum Leaps in the Evolution of Therapeutic Hypnosis

In this podcast I had a fascinating chat with Tommy Hanchen, about his article Quantum Leaps in the Evolution of Therapeutic Hypnosis in which he argues that contemporary psychotherapy owes a great debt of gratitude to the history of hypnosis. In the interview we discuss the work of Franz Mesmer, James Braid and Ernest Rossi as well as his interest in Neuro-linguistic programming (NLP).

My interview with Professor Windy Dryden

If it feels good get worse, if it feels bad get better

Recovery from addiction (with a spiritual twist)

I came across 3-s therapy or Spiritual Self-Schema in my recent reading. This is a manual based therapy developed by Avants and Margolin. The chief objective of the therapy is to enable clients to develop, build upon and habitually activate a cognitive schema, which is what is referred to as the Spiritual self-schema. See the step by step guide here.

The therapy is a manual based approach compatible with drug abstinence, HIV preventive behaviour, and adherence to medical regimens. There is a great deal of common ground with CBT in the form of monitoring automatic negative thoughts, verbal disputing, noticing body sensations and observing behaviour patterns. There are obvious similarities with the 12 steps of recovery approach to the treatment of addiction too as the 12 steps employ a range of holistic tools and techniques to bring about personal transformation and heightened levels of consciousness.

I recently watched the excellent BBC Horizon documentary on decision making. The programme featured the very interesting work of Professor Daniel Kahneman (pictured, left) from Princeton University and his late colleague Amos Tversky.  They had demonstrated for over 30 years several replicable ways in which human judgements and decisions differ from rational choice theory.

Cognitive and behavioural approaches tend to be overlooked by some circles in my world as they represent a base level approach to personal transformation but I am always receptive to what they have to say.

Professor Kahneman and Amos Tversky both realised that we actually have two systems of thinking. One is the deliberate, logical part of your mind that is capable of analysing a problem and coming to an answer that is rational. Then there is the other part of your mind which is more intuitive, fast and automatic.

My interview with John Rowan 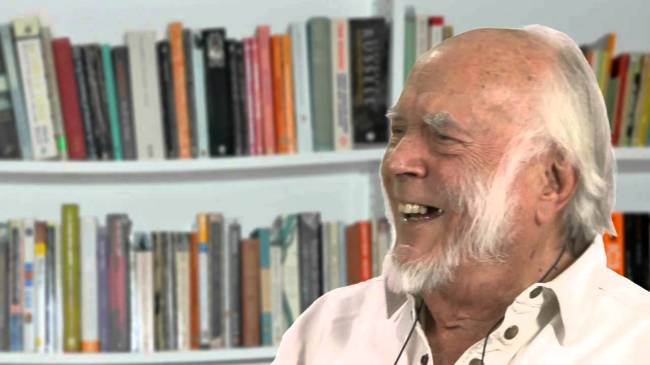 On Tuesday I interviewed Dr John Rowan about integrative psychotherapy practice.  In the interview John tells me about his ideas on psycho spiritual development, levels of consciousness and his views on personification.

Well known in the psychotherapy environment for his work on Subpersonalities, his other books are Ordinary Ecstasy, Healing the Male Psyche (Therapy as initiation) and more recently, Personification: Using The Dialogical Self In Psychotherapy and Counselling.

We chatted in his therapy room at his home in Chingford. Click here for a link to the interview.

Can Attachment Theory form part of an integrative model of psychotherapy

Jonathan Bowlby has been described by Storr as “one of the three or four most important psychiatrists of the twentieth century.”  For the purposes of this post, I intend to focus on his work on Attachment Theory. Bowlby was troubled by the dogmatism and cultism of the psychoanalytic world and argued strongly for open scientific debate and inquiry.  He felt that psychoanalysis neglected the role of real environmental trauma in the genesis of neurosis and emphasized instead the part played by infantile fantasy.

Bowlby’s papers that launched the theory (later developed by others including Mary Ainsworth) made a simple but, in the context of prevailing Kleinian orthodoxy in psychoanalytic thinking, revolutionary point. First, there was a primary attachment bond between mother and child, which did not depend on “oral drive” or reward by feeding and whose evolutionary function was protection from predation. At the time this point was incendiary in the psychoanalytic community but actually it could be viewed as no more than an extension of ideas already in the object relations school (Balint’s “primary clinging”, Winnicott’s concept of an “environment mother” as well as “object mother”, and Fairbairn’s views that drives are “signposts of the object” rather than vice versa).  Second, the idea that separated or bereaved infants and small children could experience grief and mourning no less intensely than could adults, was rejected by the psychoanalytic community wedded to the idea that mental pain had its origins in the internal, rather than the external, world. Third, Bowlby’s ideas on separation anxiety were closely related to Freud’s mature view of anxiety, which he saw as an affective response to threat (castration) but also as the threat of separation from a loved one (Freud 1926).

What is transpersonal psychotherapy?

One of the dangers in trying to define transpersonal psychotherapy is that one can become overly analytical and miss the core essence of the approach. For transpersonal psychotherapists will maintain that the interaction with the client is heart felt, not theory driven. Unlike psychoanalysis there is no strict adherence to the rule of neutrality or non self disclosure. Various tools and techniques are employed where the practice may be defined as holistic and integrative. Transpersonal therapists will often talk about their own journey of discovery, and reaching different levels of consciousness through active engagement with symbolism, creative imagination and meditation. Indeed, John Rowan points out that because of this self discovery, the transpersonal community can often appear to be dogmatic and not open to debate – perhaps because they have discovered “the truth” for themselves through a phenomenological experience, and, therefore, it must be true! Rowan points out that there is often a lack of debate at transpersonal conferences and rarely a questions and answers session.  I can’t comment one way or the other as I have not yet attended one.

It is alleged that the word “transpersonal” was first introduced into psychology by William James in a 1905 lecture. The word was also used in 1942 by Carl Jung as the German term, überpersonlich, which his English translators rendered as “transpersonal”. However, Jung would turn in his grave if he was labelled as being part of any movement or approach.

Transpersonal psychotherapists share a great deal of common ground with therapists from other schools in the way they can reflect back material to the client, mirror to the client, engage in active listening, holding, containing and helping them to seek meaning and so on. But the defining difference in transpersonal psychotherapy, to that of the other approaches, is the active pursuit of the spiritual dimension.

The core assumption of the transpersonal approach, especially the Sufi influenced CCPE model, is to view the essential nature of the client as spiritual and that there is a spiritual source which is the ground from which psychological structures arise. Unlike the Judeo Christian view, the soul has its own journey and remains innocent irrespective of the impressions it receives, however bad, in the material world. An essential task of a transpersonal psychotherapist, therefore, is to recognise the client’s innate and unique nature and witness the soul and see its challenges in life. It does not mean that the client needs to believe in God. Indeed an atheist will not visual angels because they won’t believe in angels but can still access deeper levels of consciousness as to their own identity.  In the therapy there is a journey beyond the rational mind where archetypes, myths and symbolism can be explored.

The CCPE model offers a tri-partite approach to guide client work by using the CCPE Elements Model as a typological manual to investigate shadow material and to manifest qualities, the planes of consciousness and chakras to understand one’s soul attunement and alchemy to help guide a transformational process. The model is heavily influenced by Jung.

Where Freud was perhaps the psychological figurehead of the 20th Century it is possible that Jung could become to be seen as the figurehead of the 21st Century. The future orientation of Jungian therapy is what is exciting about this approach. For Jung, the unconscious fulfils a positive role, performing a therapeutic function by showing the conscious mind what needs to be done to dispel unease and unhappiness and to achieve fuller satisfaction in life.

The job of a transpersonal psychotherapist is to help clients decode the symbols or symptoms that are presenting and to understand the messages from the inner world that are manifesting in the physical world. Critics, such as Walter Benjamin, point out the dangers of therapists interpreting dreams and symbols for the client. Transpersonal therapists believe, however, that the waking dream technique can help guard against these dangers, as it is the client who is providing the narrative on the impact of their dream in their body, not the therapist.

Working with creative imagination is what defines transpersonal psychotherapy in practice. This is how clients are guided to access their real selves, their essence or their soul types.  This is how clients can engage with opposites, such as animus and anima. Post Jungians accept we all have both, that men have inner anima and women have inner animus.  Becoming conscious of these opposites through dreams and active imagination, by entering into dialogue with these through identification with sub personalities, for example, we can start the process of making these conscious and the work can lead towards integration.

There are many transpersonal approaches in addition to Jungian symbolism including (and this is not mean’t to be an exhaustive list) Shemanic Therapy, Almaas’s Diamond Approach, Archetypal psychology of James Hillman, Robert Sardello’s Soul Practice, Psychosynthesis founded by Roberto Assagioli; Zen Transactional Psychotherapy created by Robert M. Anthony; and the theories of Otto Rank, Michael Washburn, Abraham Maslow, Stanislav Grof and Ken Wilber (although Wilber is very fluid in what he identifies himself as, sometimes rejecting the transpersonal tag).

Rowan states that one of the most important facts about the transpersonal is that it has no basic texts, no centre and no founder. Rather, the transpersonal community is a number of people all trying to make sense of what Maslow called the farther reaches of human nature.

Somers and Gordon-Brown state that integrative transpersonal psychotherapy combines a number of different therapies and, therefore, interventions under the transpersonal umbrella, which includes the personal but also transcends it. To further understand the transpersonal approach it is worth noting what Sa’adi says “Every being is created for a purpose and the light of that purpose is already kindled in his soul”.

Ultimately, the transpersonal psychotherapist is a holistic and integrative practitioner and needs to be mindful of the special place of supervision, continuing professional development (CPD) and research, given the absence of specialisation in any one particular approach. Being integrative means being committed to the whole project of therapy, rather than to a particular approach.